Some of Alan's most recent work.
In 2019 Alan was delighted to return to the West End production of The Phantom of the Opera to play the role of M. Andre - a role he had played both on the National Tour and at Her Majesty's Theatre eighteen years previously!

In 2018 Alan appeared as multiple characters in the highly successful production of Moll Flanders at The Mercury Theatre, Colchester. The production opened on 28th September and ran until October 13th. 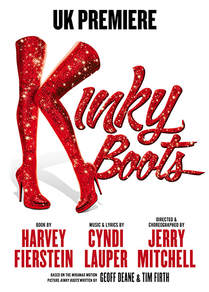 From 2015 to 2017 Alan appeared at The Adelphi Theatre, London, as Mr Price in the UK premiere of the award-winning musical Kinky Boots. 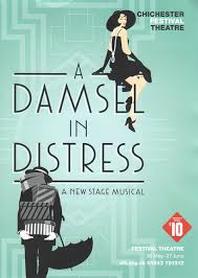 In Spring 2015 Alan returned to Chichester Festival Theatre to appear in a new musical version of A Damsel in Distress. Directed and choreographed by Rob Ashford, written by Jeremy Sams and Robert Hudson from the PG Wodehouse novel and featuring songs by George Gershwin.

From 5th December 2014 until 18th January 2015 Alan appeared in Beauty and the Beast at Oxford Playhouse.